Philadelphia 76ers All-Star Joel Embiid believes he is still in consideration for the NBA’s MVP, insisting he has been the best player all season when fit.

Embiid was reportedly the frontrunner for the league’s Most Valuable Player award before missing 10 games with a knee injury.

The four-time All-Star scored 24 points in his return against the Minnesota Timberwolves on April 3, and he followed that up with 35 points in a win over the Boston Celtics. 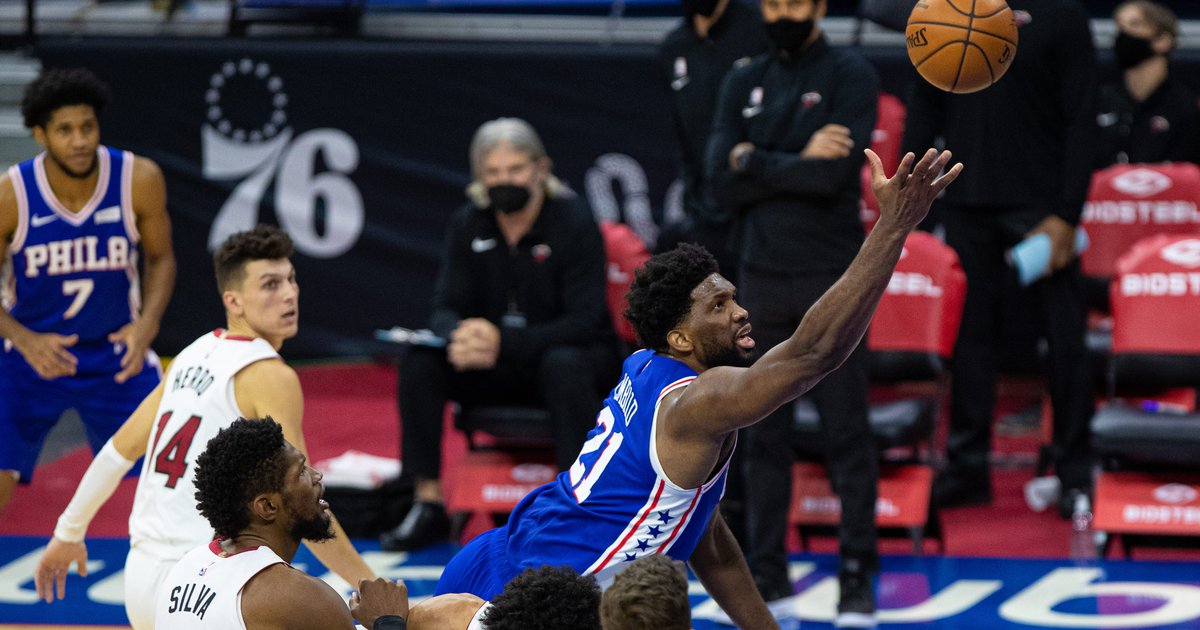 Embiid struggled in Friday’s loss against the New Orleans Pelicans – posting 14 points on just five-for-15 shooting – but he was close to his best with 27 points and nine rebounds as the 76ers took down the Oklahoma City Thunder 117-93 on Saturday.

“When it comes to the MVP stuff, I feel like I’m still right there,” Embiid said post-game.

“When I’m on the floor, I feel like I’ve been the best all season, just doing my thing.

“Just dominating with the help of my team-mates and the coaches putting me in the right positions to succeed.”

Embiid finishing 10-of-17 from the field, making seven of nine free-throws to lift the 76ers on the road against the Thunder.

The 76ers big man had 21 points in the first half – his 12th 20-point first half of the season – matching Dallas Mavericks star Luka Doncic for the most in the NBA.

Embiid is now one of three players with at least 20 20-point halves (first or second), joining Damian Lillard of the Portland Trail Blazers and Golden State Warriors superstars Stephen Curry.

“To get 21 by half-time, I was shocked by that,” said 76ers head coach Doc Rivers. “I didn’t see that 21 which tells you how efficient he was being.

“I thought he did a great job of facilitating tonight as well. The brace bothers him, there’s no doubt about that. He’s gonna have to wear it for a couple more weeks I think, hopefully, less, but he’s getting through it, and he’s doing the best that he can.”

On wearing a knee brace, Embiid added: “It just feels like every shot that I take, I just have a hitch and it’s not a full motion or it’s not as smooth as it was in the past, even though the makes, when I make him. I just got to get used to it and get back to where I was before.

“When you have a brace cutting that blood flow and blood circulation on your legs, my legs get tired fast. It’s an adjustment, but it’s there to protect me so I just got to keep doing it.”