Often it all comes together on the biggest stage in a magic moment. That is what happened on Saturday with Oscar Valdez.

An underdog against highly respected Miguel Berchelt, Valdez ripped his fellow Mexican apart before stopping him in the 10th round with a monstrous left hook to take Berchelt’s 130-pound title at the Las Vegas MGM Grand.

Valdez (29-0, 23 KOs) joined the war as a valued contender-he is a former featherweight titleholder-but in his previous few fights he had looked so-so. Meanwhile, Berchelt was making the seventh defense of his WBC title (37-2, 33 KOs). Within the gap, all but one of his successful defenses stopped, a testament to his punching strength. 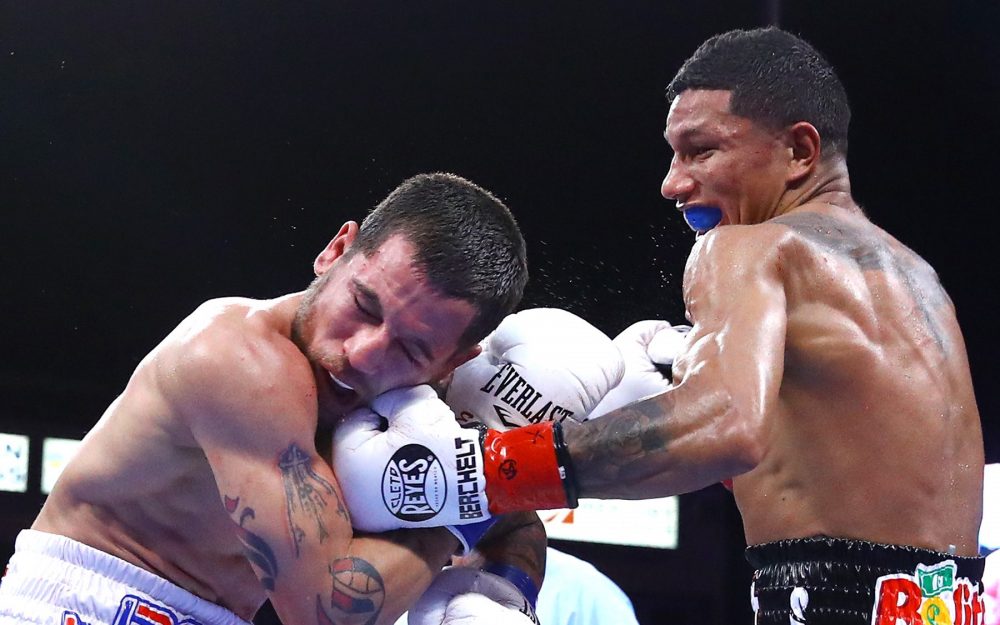 Therefore, the odds are in favor of Berchelt, about 31⁄2-1 at the opening bell.

The issue for Berchelt is that on Saturday, the best possible version of Valdez turned up. He was too fast, too athletic and, surprise, surprise, much too heavy for one of the most feared knockout artists in the sport.

Valdez slowly opened up the boxing fight, jabbing, throwing power shots here and there, taking his time. Then Valdez hurt Berchelt with a left hook about two minutes into Round 4 and it was downhill for the then-champion.

Valdez continued to throw and land big shots, including another left hook which in the final seconds of the round sent Berchelt into the ropes for the first knockdown. 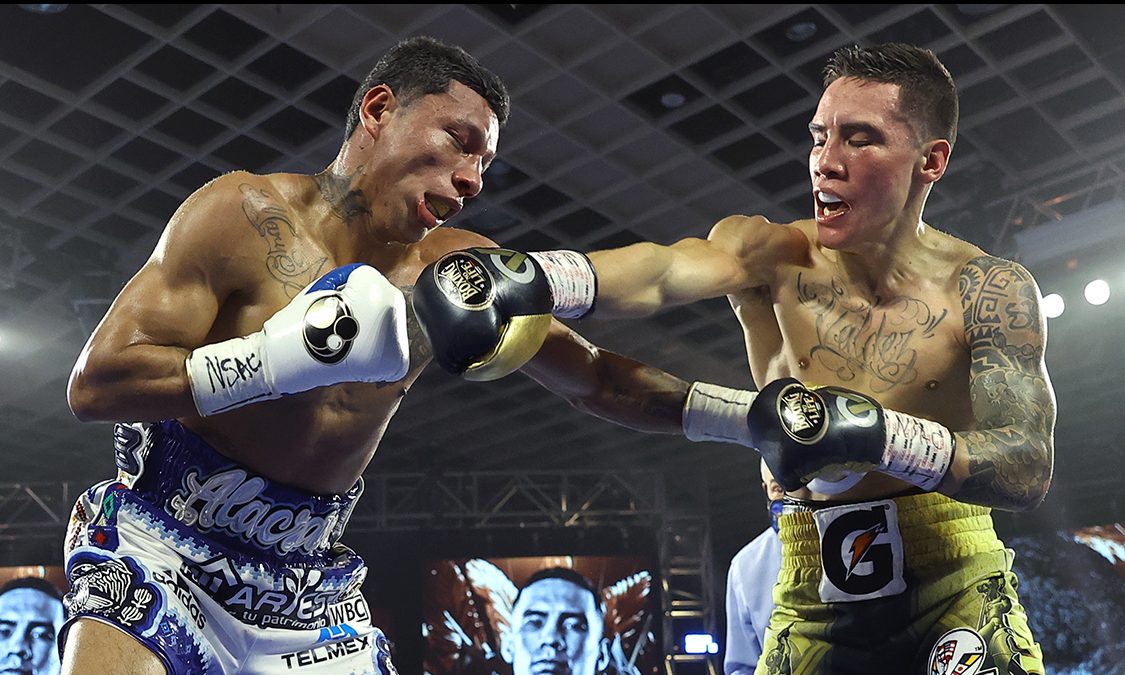 By the middle of Round 5, Berchelt recovered his foothold and had his best rounds in six and seven, placing heavy pressure on Valdez and landing enough punches to give himself hope of climbing back into the fight.
Valdez, however, returned to landing hard shots in Round 8 and then, courtesy of a right uppercut followed by a left-right-left combination, took Berchelt down again in Round 9.

Berchelt got up and survived, but it was tough for him.

The end then came. Valdez was in charge of Round 10 when Berchelt ran into a perfect left hook and fell flat on his face a split second before the bell rang.

To say that it was a defining moment for him is an understatement.

He was understandably ecstatic after the fight. And defiant.

“There’s nothing better than proving people wrong,” he said. “I have a list of people who doubted me. My idols doubted me. Boxing analysts doubted me. They said Miguel Berchelt was going to knock me out.

“I got a message to tell everybody: Don’t let nobody tell you what you can and can’t do. Always work hard and be disciplined in life, try to do your best, and anything is possible.”

Valdez was also asked who he wants in his next fight, but was still in the moment.

“I don’t know,” he said. “… Any champion out there. I heard that Shakur Stevenson wants to fight. Let’s do it. I just want to keep on fighting and give the fans what they want.”

The fans want to witness great fights and great performances, like the one Valdez gave them on Saturday.