Match report: Raheem Sterling repays Gareth Southgate’s faith in him with the game-winning goal against Croatia, giving England some measure of vengeance over their 2018 World Cup semi-finalists and sending the Three Lions top of Group D.

England got off to a winning start at Euro 2020 with a 1-0 victory over Croatia at Wembley Stadium, thanks to Raheem Sterling’s second-half goal.

There had been some discussion about the forward’s starting role under Gareth Southgate, but despite some inconsistent goal-scoring form for Manchester City this season, he has been a key figure for England, and the local lad sent them top of Group D with his 13th international goal in his last 17 games. 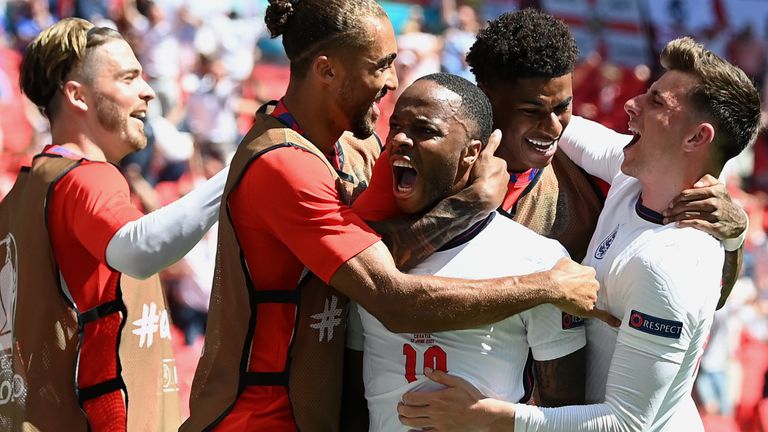 Sterling scored after brilliant build-up play from Kalvin Phillips in front of 22,500 spectators on a day when Southgate’s selections paid off and England won some measure of retribution on the team who knocked them out of the World Cup semi-finals three years ago.

Phil Foden hit the post early on as England started well before both sides appeared to slow in the heat, but Southgate’s side took the lead just as their visitors were gaining some momentum and saw it through without incident, much to the pleasure of their returning home fans.

England’s first win in an opening match at a European Championships puts them in a commanding position ahead of their second group game against Scotland on Friday.

Kieran Trippier began England’s Euro 2020 opener at left back as part of a back four, since Ben Chilwell was not included in the squad. Phil Foden and Raheem Sterling started in attack alongside captain Harry Kane, with Jack Grealish on the bench and Jadon Sancho missing out.

Meanwhile, Duje Caleta-Car and Domagoj Vida began at center back for Croatia, with Dejan Lovren out due to injury, and Mateo Kovacic of Chelsea started in midfield alongside Luka Modric.

Croatia began to feel their way back into the contest with some sustained possession but, despite some neat build-up, they were unable to carve any meaningful openings, as the heat appeared to take its toll on both teams, lulling the game to walking pace at times.

Just before half-time, a Duje Caleta-Car booking for handball gave Trippier the chance to repeat his heroics of the World Cup semi-final three years ago but he pinged his free-kick into the Croatia wall and the players headed down the tunnel to cool off.