Vettel and Schumacher to Team Up – Sony Sports
Skip to content

Vettel and Schumacher to team up in 2022 Race of Champions.

Four-time champion Sebastian Vettel and Haas new kid on the block Mick Schumacher will go after Team Germany in the 2022 Race Of Champions that happens in Sweden on February 5-6, 2022.

“I’m really looking forward to being back competing in the Race Of Champions again and to represent Germany together with Mick,” said Vettel. “At ROC Mexico, we came 2nd in the ROC Nations Cup, so our aim is to do one better in Sweden.”

“Representing Germany together with Sebastian will for sure be big fun, and obviously we aim to win a trophy again,” added Schumacher. “We have to continue the success of Team Germany, and fight for victory, and I am sure we both will take that very seriously. 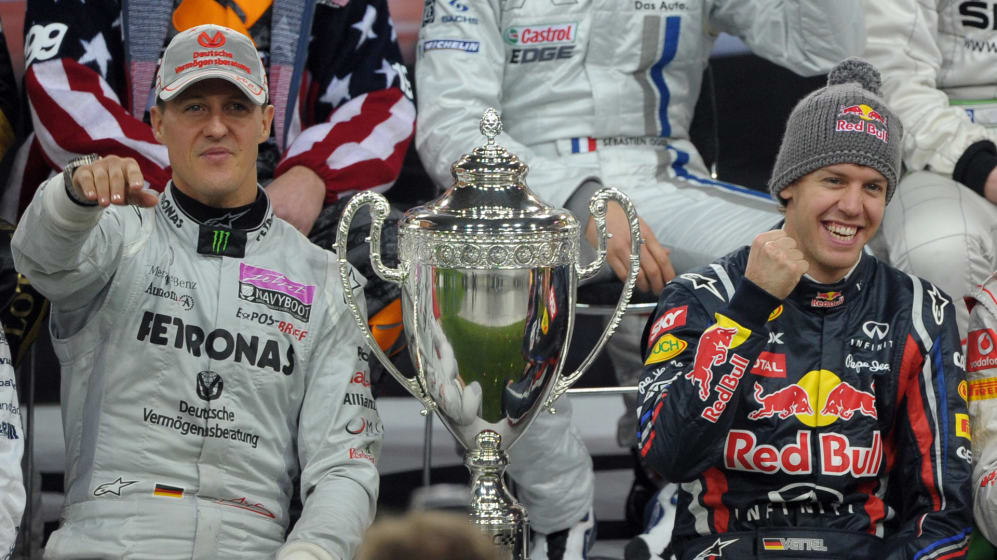 “The other teams, especially the Nordic ones, may have more ice-driving experience, but we will try to make up for that with our motivation and resilience over the days of the event.

“Either way, I so very much look forward to meeting all the other drivers and spending time with them during the Race Of Champions weekend. The snow and ice promises to make this ROC event extremely special, and I am more than sure the drivers will have a crazy good time together in Sweden.”

The Nations Cup – a team-based event – takes place on February 5, 2022, while the Race Of Champions itself takes place the following day. The races will be held on a snow and ice-based circuit in Swedish resort Pite Havsbad, using a variety of cars.