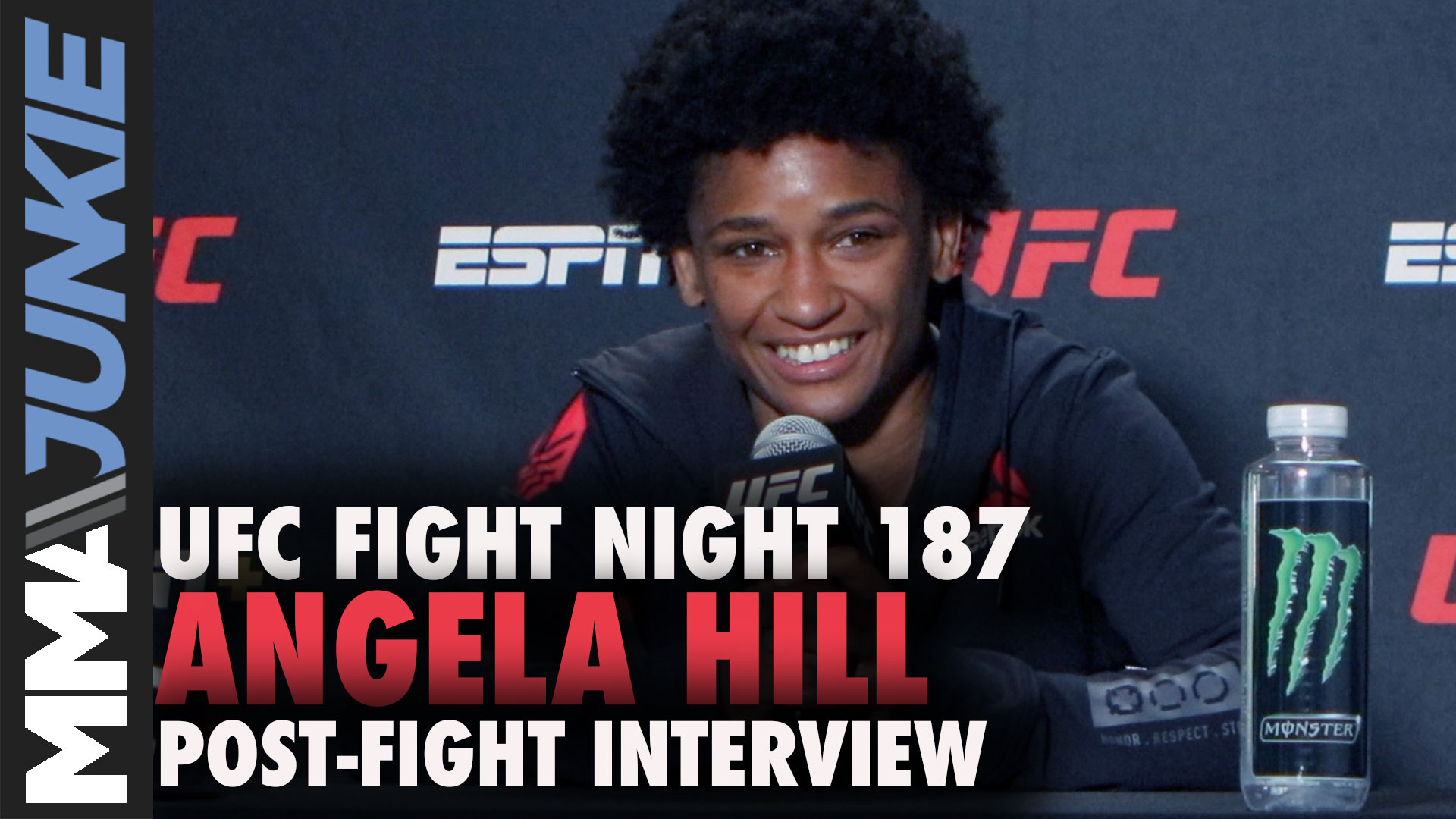 Hill was hoping to get a stoppage and make a statement. However, coming off two consecutive controversial split decision losses, “Overkill” is content to have left the octagon as the clear winner.

“I do want the finish. But 30-27, I’m pretty happy with it just because my history with the judges, the scorecards, and just having close fights,” Hill told reporters at the post-fight news conference. “If anything, not getting the finish, a consolation is not letting it get close, you know? Like, everyone was like, ‘OK, she won.’ There were no questions. So I’m really happy about that and about making it dominant.

“That’s the easy way to get a finish – just to be dominant in the fight. I felt like my cardio was a little off today, but we’ve kind of been in this weird we’re-going-to-fight limbo. So yeah, it was nice to finally fight and get it done, and it was like a test to kind of see these new moves I’ve been working on to see how they’re working. Now I can go back and see how I can make them even better.” 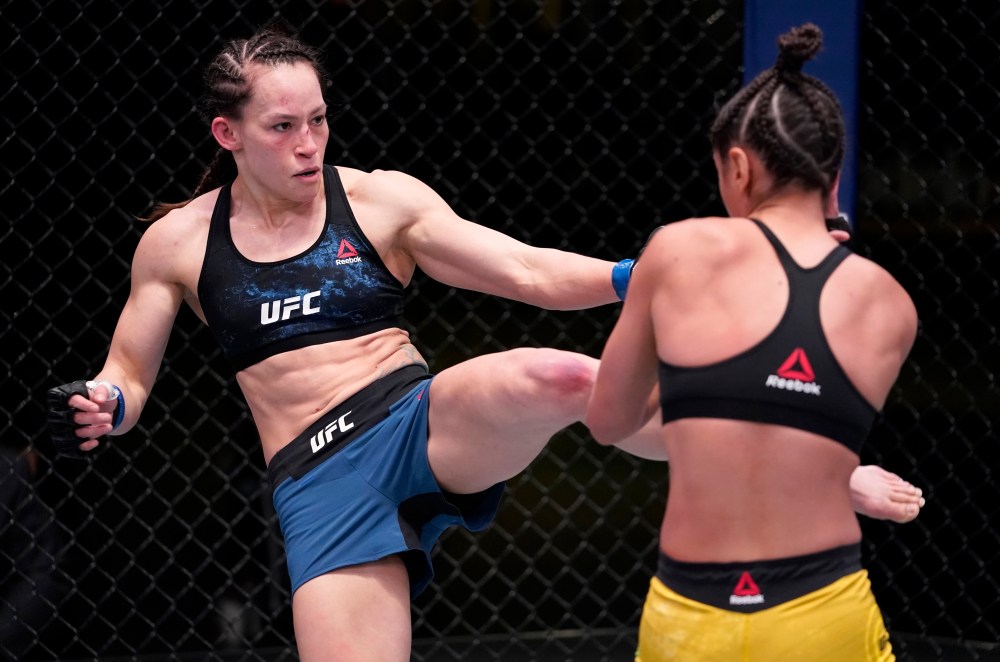 Hill fought four times in 2020. The Alliance MMA product hopes to be busy this year and wants to make a quick return. For now, Hill is ready to get back in the gym and work on some new wrinkles to her game.

“I’ve been enjoying learning recently, so getting back in the gym and learning and implementing new strategies and attack more with the grappling, attack more with the takedowns. I know my clinch is better than most girls in the strawweight division, so (I’ll be) just allowing myself to use that.

“A lot of times, I get sacred to be on the fence too long because I’m like, ‘Oh, it’s getting boring.’ But it’s a good place for me to score and to soften them up on the body, and yeah, eventually get that finish that I want. So I’ve just been working on being confident on the things that I’m good at, but also adding in those takedowns and that offensive grappling and putting it to work.”