The Champions League last-16 action continues on Wednesday – get the lowdown as Man City and Real Madrid gear up for their first legs.

Borussia Monchengladbach appear to have nothing to worry about in the injury department, with a completely fit squad ready to host the Premier League champions.

Manchester City could give Sergio Aguero a first start of 2021 after he was an unused substitute against Arsenal at the weekend, but remain without Nathan Ake. 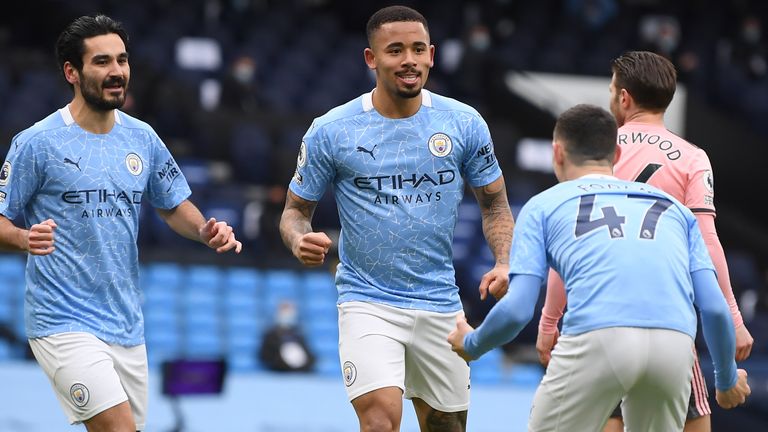 Monchengladbach stormed into 2021, defeating Bayern and Borussia Dortmund. But they have taken only two points from 12 in the Bundesliga, with coach Marco Rose acknowledging Saturday’s 2-1 home loss to strugglers Mainz could be put down to an earlier announcement that he will take charge of rivals Dortmund next season.

There’s no stopping Manchester City right now, though; they’re on an 18-game winning streak and last lost way back in November.

Get ready to hear quadruple and Manchester City in the same sentence again. Streaking clear at the top of the Premier League, in the EFL Cup final and FA Cup last eight, it’s time for the spotlight to turn back onto the trophy that has so far eluded City but Pep Guardiola’s side are purring with 18 wins in a row in all competitions.