Duco Events set the bar high for the first foray into boxing in 2009, with David Tua’s brutal knockout of Shane Cameron still holding the record for the biggest pay-per-view (PPV) event in New Zealand.

But come late Saturday night when Joseph Parker and Junior Fa have finally settled their score, Duco creator and director David Higgins completely expects the mark to be broken. 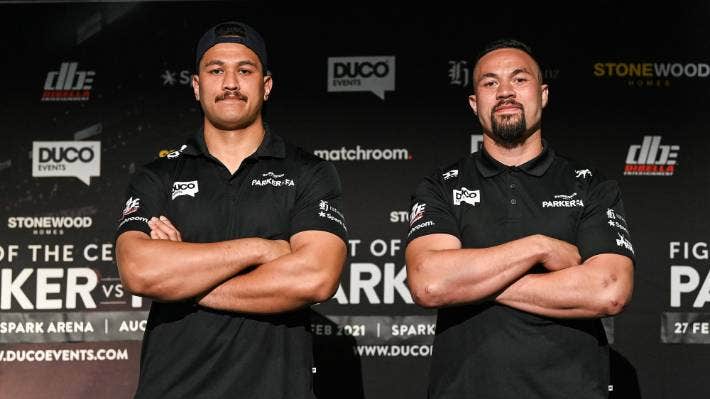 “It’s got every ingredient,” Higgins said of the Parker-Fa matchup, who are ranked third and fifth respectively in the WBO, one of boxing’s four major sanctioning bodies.

“It’s got similar ingredients to Tua-Cameron, then it’s got the rankings and New Zealand’s got a slightly bigger population 10 years later.

“It’s déjà vu but I’m picking this to go to number one.”

It’s a bold call by Higgins, who is again advertising this weekend’s event at Spark Arena. Tua-Cameron secured 88,000 PPV buys and the bout, along with an at-times acrimonious build-up, struck a chord with the Kiwi public in a way that few other sporting events have been able to duplicate since.

“I remember it clearly,” said Parker, recalling how he crowded around a television at his partner’s house to watch Tua explode to victory. “Back then it was one TV and you had 10 people around it.

“The lead up to the fight, you had Shane’s team saying it was ‘light’s out for David Tua, I’m going to knock you out and end your career’. Everyone was just so in tune with whole fight.”

Having grown up not far from each other in South Auckland, and attending the same church, Parker and Fa have left the verbal sparring to their respective teams. But there are some interesting selling points for a clash that has been awaited for some time.

Fortunately for Higgins, there is no racing this week and while Super Rugby Aotearoa kicks off this weekend and the Australian cricket team is in town, none of those fixtures conflict with the main case.

The other aspect to remember with PPV buys, which usually flood in late, is Parker and Higgins’ switch from long-term broadcaster partners Sky TV to streaming service Spark Sport.