Jon Jones is well aware that there is a difference between light heavyweight and heavyweight and understands that this difference has the odds of him losing increase significantly, especially against a monster like Francis Ngannou.

Jon Jones is all-in on his decision to move up to the heavyweight division, but every all-in bet needs money pushed in to become official. That money will need to come from the stack of the UFC, not Jon Jones. As Jones waits for the promotion to ante up, he took the time to appear on the Steve-O’s Wild Ride! program to openly discuss how his amped-up beatability served as the impetus for his pay-boost request.

“I think I’m even more beatable as a heavyweight, and that’s why I went to Dana White looking for a raise,” Jones said. “Daniel Cormier got a raise when he went to heavyweight, I was looking for a raise to go heavyweight. Francis Ngannou is scary. There’s a big chance he could break my jaw. I’m OK with that. As a fighter I’ve whooped enough ass that if someone eventually gets me, then we all have our day. I’m OK with that. But that should come with an increase in pay. I think me at heavyweight, the pay-per-view numbers are going to go up inevitably, more people are going to watch.”

Jon Jones Embraces The Possibility Of Getting KO’D By Ngannou
Indeed, Francis Ngannou is going to be a tough out for any heavyweight, especially the version of him that showed up at UFC 260 to wreck shop on Stipe Miocic. Moreover, as difficult as beating Ngannou is, the task of escaping the fight without getting knocked out is a massive challenge in and of itself. Each of Ngannou’s UFC victories have come by stoppage, with all but one of them being via KO/TKO. With this in mind, Jones would be a fool if he did not appreciate the risk involved with facing The Predator, especially in his heavyweight debut. 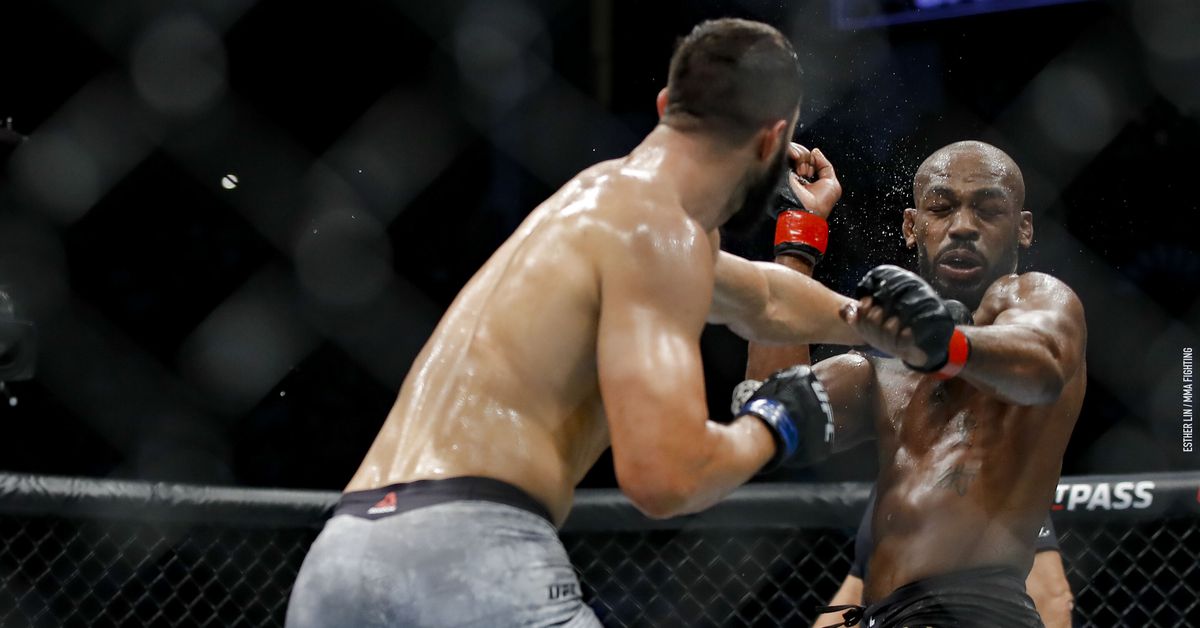 Jon Jones vs. Dominick Reyes full fight video highlights – MMA Fighting
Jon Jones Can Take A Shot With The Best of Them. Image Credit:
“There’s a lot of ways things can play out. So I just think about the worst-case scenario and get yourself mentally to a place where you’re almost walking into that like, ‘OK, I’m getting ready to go out there and this guy could possibly hurt me tonight.’ Francis Ngannou’s dangerous, I believe that he has a chance to knock me the f*ck out, let’s say that out loud. But if I don’t get knocked out, I believe I win that fight. I just have to get though Round 1 and I win that fight.”

As of now, there is no update on if this fight between Francis Ngannou and Jon Jones will actually take place, but Jones is continuing to train in preparation in the meantime.

Do you think Francis Ngannou would knock Jon Jones out if the two face one another in the Octagon?