On Thursday, as he crossed 35,000 points, LeBron James achieved a career milestone, making him the third and youngest NBA player to do so after Kareem Abdul-Jabbar and Karl Malone.

In Thursday’s game, which saw the Nets secure their fifth straight win despite James contributing 32 points and seven assists, the Lakers were without Anthony Davis and Dennis Schroder.
With 23 points and 11 assists for the Nets, James Harden ended the evening, while Joe Harris scored 21 points. 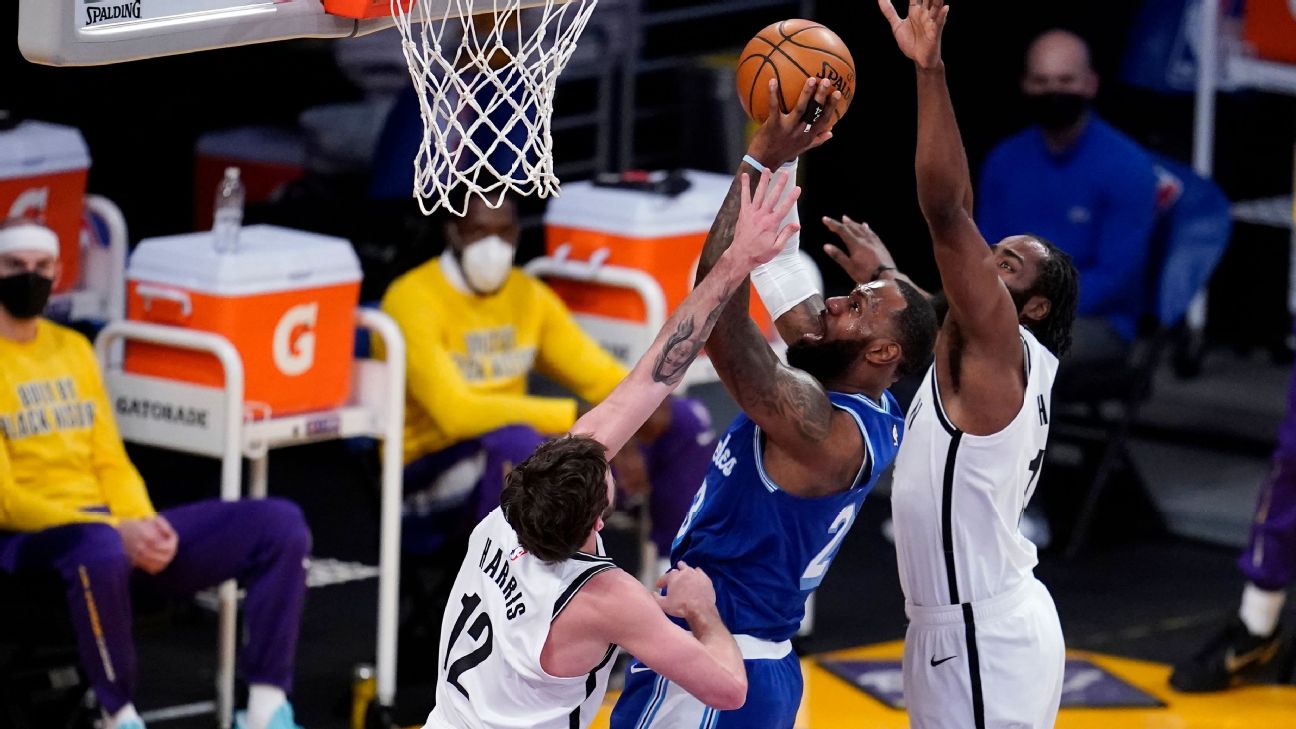 “For me to be linked with some of the greatest to have played this game is an honor,” James told reporters after the game.
“I’ve always just wanted to go out there and play the game the right way, inspire my teammates, inspire people that watch me and just try to be as good as I can be every single night and not really put a ceiling on my ability or put a ceiling on what I can do.”
James also learned Thursday that he will play in his 17th All-Star Game on March 7, the third most in history after Abdul-Jabbar’s 19 and Kobe Bryant’s 18.
However, the 36-year-old previously said that hosting an All-Star Game this season is a “slap in the face” to players given the short offseason.