Frank Vogel felt the depleted Los Angeles Lakers’ 126-101 victory over the Brooklyn Nets was one of their best of the year.

LeBron James, Anthony Davis and Kyle Kuzma were among the Lakers’ absentees at the Barclays Center on Saturday, but they came out on top against a Nets side who occupy second place in the NBA Eastern Conference. Lakers guard Dennis Schroder and the Nets’ seven-time All-Star Kyrie Irving were ejected after clashing in the third quarter.

The defending champions went on to improve to 33-20, Andre Drummond weighing in with a double-double of 20 points and 11 rebounds, with Talen Horton-Tucker laying on a career-high 11 assists.

Lakers coach Vogel said: “When you see guys out and you see a great opponent like the Nets, you can be a little bit overwhelmed and not sure if you’re going to have a chance to win it. 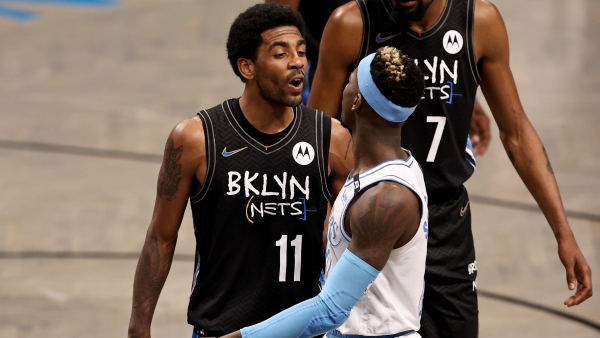 “But you want to have a go-after-these-guys mindset. And we knew coming in that if we were able to prevail short-handed against this opponent that it would feel good and it would be one of the best wins of the year. So, we’re happy about that.”

Vogel added: “Like I said all along, all season long, when we play scrappy on the defensive end, we always have a chance. I’m super proud of our group.”

Drummond was impressed with the character shown by his team-mates in a big victory on the road.

“I learned a lot from today’s game: that we have a lot of guys in this locker room that are very tough,” he said.

“Despite who is on the other side of the court, they’re going to come out and play. No matter how many minutes guys play, they’re going to play to the best of their ability. And we have fun doing it. We had a lot of fun tonight playing and getting this win.”